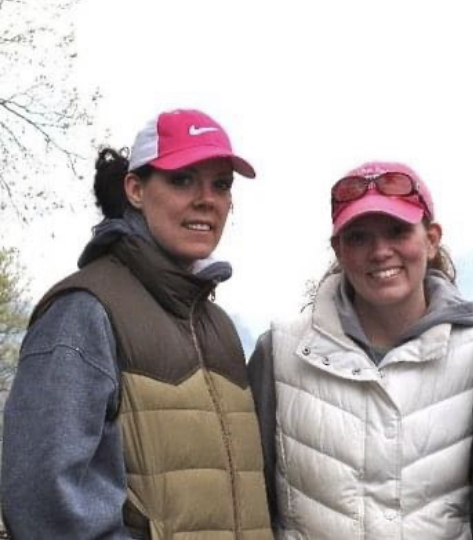 I’ve posted this one before but it bears repeating. So many times I find myself being led to slaughter by the enemy as he reminds me of my shortcomings. I trudge toward my doom carrying baggage from the past, believing I am unworthy of love. Then I stop and remember who my Father is. I put down the baggage I was never meant to carry, turn around and head home. As I grow in Christ, the length of time I believe the lie has gone from years to months to days to minutes. We need to be tuned in to Him so we can hear His voice telling us to come home. Satan will never stop trying, but God will never stop giving us a way back to Him…

Once upon a time there was a darling little girl whose daddy bought her a pony and whose mama read her stories; she was blissfully singular. Then along came Alyssa, a precious little usurper. When the firstborn realized this tiny, bald, wrinkled person was for keeps, she made it her life’s mission to form a unique, unbreakable bond with her and live happily ever after in sibling harmony. But first she had to be hazed.

I really wasn’t that bad of a big sister. I may have occasionally broken something and blamed it on her. There could have been times I spit on her head from the top bunk, or told her she was impregnated with a watermelon after she ate a seed. There is a slight possibility I gave her a haircut that made her look like she was attacked by tiny lawnmowers. If she admits to an irrational fear of the Easter Bunny, it is definitely NOT because I hid outside the bathroom window and told her the Easter Bunny was actually an evil jackrabbit. (It made her cry and I got spanked – justice was served.) I’m sure I could go on with more heartwarming examples of sisterly love but suffice it to say it was a hit-and-miss relationship in its formative years.

It was during those years that I attended Vacation Bible School and learned about Jesus. I decided to ask Him to be the Lord of my life (see John 3:16). From that time until this I sometimes feel like Jesus is hazing me. He wasn’t/isn’t. At least not with the “Let’s do this and see what happens” kind of attitude I had when I put my little brother in the dryer or locked him in the toy box.

It has been through these trials, many that are senseless, self-made disasters and some that are not, that God has attempted to raise me up. I have a desire to cooperate, but I fall short every day. I, too, have skeletons just like everyone else. But instead of hiding them, I am using them to build a ladder – every day I reach higher ground until building-sized pieces of the past look like ants as I survey life from the clouds.  It’s amazing up here, and nothing short of Jesus Himself will make me step down the ladder, and since He Himself placed me here, I only go up from this point.

It’s no coincidence that Alyssa and I are sisters. God’s been knocking on the door of our hearts for years, urging us to tell our story. We have messed up, but that isn’t the end of the story; it’s the part that invites you in to experience the grace and forgiveness that’s waiting for you. Let’s all be siblings together. I promise I won’t come to your junior high school and demand you take off the shoes you stole from me. Hypothetically. (Sorry, Alyssa)